Everything feels so uncertain. I miss before. I yearn for after. I long for friends, hugs, laughter, dinners, and socializing – everything that we did without understanding how good we had it, when everything was ordinary. How strange it is to write this – I miss “the normal”.

So writes one of the participants in a new project collecting reflections of the coronavirus crisis in Västerbotten.

“When the corona situation began to spread in society, we decided quickly to document this change,” museum ethnologist and curator Sofia Breimo explains. “We believe it is very important to document major events, so we quickly organized our calendars, made a preliminary plan for the documentation and reached out.”

The questionnaires are part of a larger documentation that the museum is undertaking, which also includes observations, interviews, and photographs. “Documentation of this kind preserves people’s voices, thoughts, fears, and reflections,” Breimo says.

Breimo previously curated the project Upsala, Darling at Upplandsmuseet and Uppsala Art Museum in which they documented norm-breaking and queer stories from past and present. At Västerbottens Museum, Breimo collaborated on Priority: Minority, which probed questions about representation and engagement of Sweden’s indigenous people and national minorities.

Breimo is eager to log the thoughts of non-Swedish speaking residents log for this project, as well. “It is especially important to collect as many different perspectives as possible, since people are very much affected by the circumstances.” As the questionnaire is available in both Swedish and English, “we hope to get a lot of answers from English speakers,” Breimo says.

About twenty people have responded so far, but Breimo emphasizes that they are less interested in the number of responses but the content. “Ethnology works closely with individuals, and often a person is thrown into profound relief.” As to what the project has revealed so far, “People react and act in very different ways in this peculiar context with the virus in which we find ourselves in,” Breimo explains. “Concerns and uncertainty – for one’s own health and for the health of friends and relatives, for personal security and the state of the world – are, of course, recurring themes.”

Many respondents reflect on missing loved ones. One has a dying father they cannot visit. Many write about their parents, grandparents, grandchildren, and children, who are cut off from them. “I feel caged,” one pensioner writes. “It feels unreal and like a horror movie. The worst thing is the uncertainty about how long this isolation will last.”

Others have a general anxiety for the future. One writes:

I am prepared for mass death, famine and war. I have always lived in Sweden; I do not know what happens when something goes wrong. How easily the scale is tipped.

Others reflect on the future of their children:

I remember growing up with the assurance that nothing dangerous could happen… it is completely different for our children. They are growing up in the midst of a pressing climate catastrophe, and this pandemic, which will affect them in many ways.

However, the responses also express hope for the future and for social change after the virus. Some see “an opportunity to become more socially, economically, and environmentally sustainable after this crisis,” Breimo says.

I feel no concern for the future, and hope for a positive effect from the crisis that the world is dealing with right now. I hope that more people become aware of our enormous consumption and become more environmentally conscious, even though it will have been prompted by fear. Maybe more will become more vegetarians.

The museum’s documentation may form a part of future exhibitions and also serve researchers. “We have no goal in sight yet, but the most important thing for us is that this strange time is documented,” Breimo says.

For the photography part of the project, Västerbottens Musuem photographer Petter Engman is currently taking photos of local sites from the same angle at the same time of day once a week.  “It is a challenging project in many ways,” Engman explains. “Normally I would like to get closer to the individual person, get to know more, and then start the photographic process.”

However, at this stage of the project, Engman is keeping a distance to portray a wider angle. “This conceptual way of working needs more time to develop,” he observes. He will also take portraits of the individuals interviewed by Breimo.

Various attempts at documenting the coronavirus have begun in the Nordic countries and around the world. There are almost 30 other documentation projects in Sweden alone. Other cultural organizations, such as the New York Historical Society and the Medical Museum in Copenhagen, are collecting artifacts, such as homemade masks and art inspired by the crisis.

Historical researchers who have worked on previous pandemics applaud these efforts. Associate professor Asbjörg Westum at Linnaeus University in Småland County studied the 1918 flu pandemic, known as the Spanish sickness or spanska sjukan in Sweden, as part of a larger project on historical influenza pandemics based at Umeå University.

The 1918 flu infected nearly half a billion people, killing an estimated 50 to 100 million worldwide. In Sweden, nearly a third of the population were infected. Norrland was the hardest hit, with Arjeplog municipality (about 300 kilometers northwest of Umeå) suffering the relatively greatest loss of life – almost three percent of its population.

It was also upon Norrland that Westum focused her research. The sources available for understanding the experiences of ordinary people about the 1918 flu are interviews conducted between 1950 and 1980 — between 30 and 60 years after the pandemic.

“In narrating their stories about the Spanish sickness, the informants make a clear distinction between their own time, ‘the modern age’, and the time of the sickness – one of hunger and deprivation,” Westum explains.

“Some say outright that it was a deficiency disease caused by too little and poor quality food. I got the impression that the informants place their often painful experiences of the pandemic in the past, in the assurance that something similar could not happen in the modern welfare state,” Westum says.

A further signal that the 1918 flu belongs firmly in the past is that none of the respondents use the word influenza in describing the illness, instead describing it as “the plague” or metaphorically as “a cancer.” The disease was identified as influenza outside of Sweden, and by Swedish doctors, at the time. Furthermore, the respondents would have been familiar with seasonal flu during the interviews. “An interviewer at one point asks what kind of illness the Spanish sickness was, if it was perhaps a flu, but receives a negative answer.”

Westum concludes that people in her sources “understand the pandemic using the explanatory patterns of the time rather than linking it to modern medicine.” There was no cure available, and doctors often prescribed cognac and lyptol, an alcohol-based medicine containing peppermint oil and salicylic acid. However, home remedies such as “hot water, tar, goat’s milk and sweat cures” are also mentioned, Westum says.

Respondents also distanced themselves from the 1918 flu in other ways. “In some cases, it is clear that they choose not to describe personal painful events, such as the death of a relative, or their own illness, but instead describe the stories of more removed people,” Westum explains.

On the Västerbottens Museum project, Westum reflects: “I think it will be of great value, because it is being done now. Unlike my material, it gives a snapshot of the current situation, while the pandemic is ongoing.” 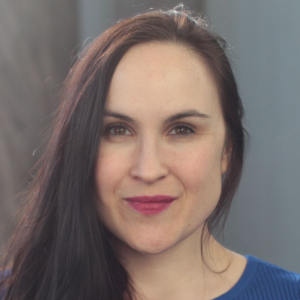 - the almost complete guide to the world's most mysig city