More coronavirus patients died in the last 24 hour period than during any other since the crisis hit the region.

SLIPERIET – Västerbotten officials said this morning that four coronavirus patients died in the region in the past day — more than in any other single day since the pandemic arrived in Umeå. They also said that 28 patients are in the hospital with the virus; the record total number is 29, which was on April 10, during the first peak of viral spread. However, only four are in intensive care now, compared to 12 on that day, suggesting that the hospitalized patients are not as in serious a condition as they were during the spring.

Local health officials did not answer a request for an explanation for why the relative number in intensive care is so much lower now. However, national health and welfare board chair Thomas Lindén said today that during the pandemic, “doctors’ knowledge has been increasing about how to treat Covid-19,” the disease caused by the virus.

“There are several possible factors,” he added, “such as better blood clot prevention measures, the use of cortisone, gastro-intestinal conditions, and improved oxygenation procedures.”

In total, 44 people in Västerbotten have died from Covid-19 — 13 of them in what is now being called the “second wave” of infections, which began approximately at the beginning of November.

In response to this second wave, Västerbotten officials announced today that they were raising the alertness level in the Umeå medical care system from low to medium. Regional health director Brita Winsa described this level as permitting a “better planning of how collective resources are prioritized and redistributed between different clinical activities.”

Meanwhile, Swedish national epidemiologist Anders Tegnell predicted today that the number of hospitalized patients around the country will continue to increase for at least three weeks. If this is correct, then Västerbotten’s trend line indicates it will break the record soon for the total number of coronavirus patients in the hospital at one time. In the spring, officials said that Västerbotten hospitals were equipped to handle at least 50 intensive care patients simultaneously with Covid-19.

However, national officials were upbeat today about the chance to control the pandemic by administering vaccines. Health minister Lena Hallengren confirmed that Sweden had signed four contracts to purchase enough future coronavirus vaccines for more than the entire population of the country. However, none of these vaccines has been approved for use. Public health agency director Johan Carlson emphasized that the possible imminent arrival of vaccines does not mean that residents should be overconfident that the disease will soon disappear. “This does not mean that we can ease any restrictions or measures that have been taken to prevent the spread of infection,” he said.

The first vaccines may be used in December, according to the national vaccination coordinator, Richard Bergström, but they will probably first be in widespread employment in January. Priority to the vaccine will be given to people over 70, as well as health care staff. “Only then, and well into 2021, will a more comprehensive vaccination of the population start,” he said.

The national health care inspection agency, Ivo, announced today that elderly residents of state nursing homes have not been receiving extensive individualized care after a Covid-19 diagnosis. In the last week in Västerbotten, the majority of coronavirus deaths were reported to be among nursing home patients. Prime Minister Stefan Löfvén told Dagens Nyheter, “This is a powerful and very serious criticism. The regions must ensure that everyone receives the care to which they are entitled by law. That has not worked.”

In Umeå, officials said they agreed with the report, but also that it did not comprehensively reflect the clinical situation. “We welcome this investigation,” said Winsa, “and will apply its results to our work in health care centers.”

“The report does not show the whole picture of how health care has worked for patients,” she added, “nor how we have developed collaborations with the County’s cities and towns, where good hygiene has helped increase the quality of care, during the epidemic.” 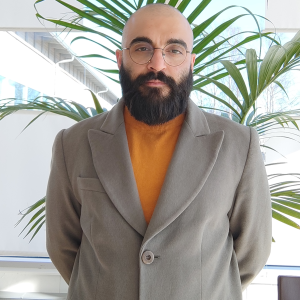